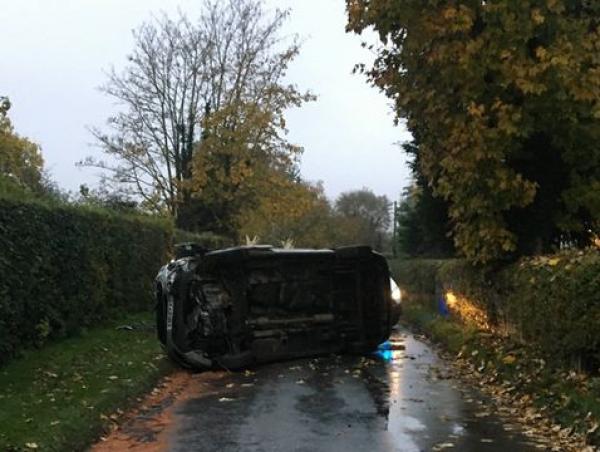 A man has been arrested after a crash which left a van on its side in Birds End, Hargrave. The incident took place at approximately 5:45am on Sunday 14th November 2021. No other vehicles are believed to be involved.

The vehicle left the road, ploughed through two hedges before ending up on its side blocking the road. The occupants of the vehicle are understood to have left the scene before emergency services arrived. However a police spokesman said the driver was later arrested at the scene for "other matters" unrelated to the crash.

This incident adds to the extensive list of accidents through Birds End despite the efforts of the Parish Council in trying to get the speed limit reduced and extended through the area. 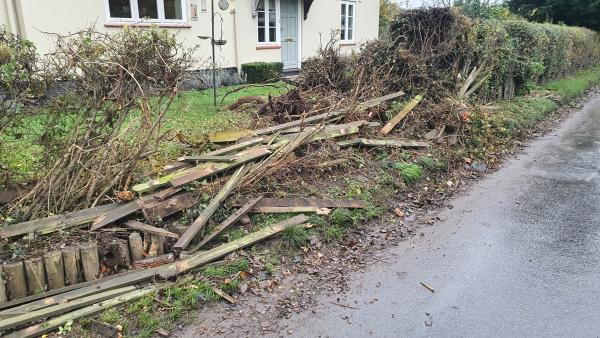 Once again, extensive damage to the property at Albion House.